The Christmas Day Massacre That the West Forgets 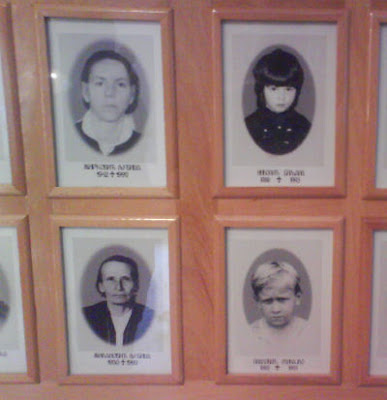 Svetlana of Byzantine Sacred Art blog and The Exile have excellent posts today to commemorate the 15th anniversary of the horrific massacre of 49 Bosnian Serb civilians in the village of Kravice, near Srebrenica by anti-Yugoslav, pro-separatist Muslim forces in 1993. The massacre would have been a terrible atrocity whenever it took place, but the fact that the attack took place at dawn on the day that Serbs celebrate Christmas Day, made it even more devilish.

There was a memorial service at Kravice today, but, surprise, surprise, no members of the so-called 'international community' were present. The reason, as The Exile so correctly points out, is brutally simple.

"Unlike the Croats and the Muslims, the Serbs were not willing to subordinate their interests to the wishes of globalised capitalism: thus their deaths do not count.
They didn't count when the Croats launched Operation Storm in 1995 to ethnically cleanse over 200,000 Serbs from their homes, an operation that had logistical support from the USA, so why should anyone care about 49 dead on Christmas Day?

If you doubt The Exile's analysis, have a trawl of leading neocon and 'liberal' interventionist websites and blogs tonight and see how many have posted about the anniversary of the Kravice massacre. I'd wager it would be the same number as the number of people currently serving prison sentences for taking part in the massacre.

Oh thats right the Serbs are the politically correct people to hate so its no big deal.

Nothing to see here, move along, just some dead strays.