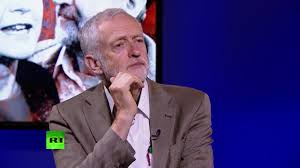 I’m confused about many things which happened in 2015. Can anyone help me?

My end of year column for RT.com OpEdge. You can read the whole piece here.
A very Happy New Year everyone- let's hope that 2016 won't be as confusing....
Posted by Neil Clark at 10:33 No comments:

Lovely jubbly: what the Christmas 1985 Radio Times tells us about Thatcher's Britain

My new piece from The Guardian on what we were watching in Britain thirty years ago- at Christmas 1985.

Christmas Day audiences were faced with a choice between Del Boy and Arthur Daley – but what else do the festive schedules tell us about the era we lived in.

It’s Christmas 1985. Mrs Thatcher has been in power for just over six-and-a-half years and – appropriately enough – those zeitgeisty wheeler-dealers, Derek “Del Boy” Trotter and Arthur Daley, are on the covers of the Radio Times and the TV Times.
The television listing magazines of 30 years ago (there were just two of them back then), make for a fascinating read, and tell us much about the state of Britain in the middle of the 1980s...

Neil Clark's Sporting Edge: First thoughts on the Euros draw and other topics....

In this week's Sporting Edge column for RT.com, my first thoughts on the draw for next year's Euros, some sporting awards for 2015, and how the Premier League got interesting & the Bundesliga became boring...
You can read the whole piece here, while here is a link to last week's column.
Posted by Neil Clark at 17:33 4 comments:

Yalta, Potsdam, Helsinki, Belgrade. How can we build a more secure world order?

My write-up, for RT, on the International Public and Scientific Conference on peace, security and co-operation, held in Belgrade, Serbia.

The ongoing war in Syria. The rise of Islamic State. Terror attacks in Sinai, Paris, Lebanon, Iraq and Tunisia. The shooting down of a Russian jet by NATO member Turkey.

This was the backdrop of events to last week’s major international conference on peace, security and co-operation in Belgrade, Serbia.

Speakers from over 20 countries - myself included- addressed the key question: how can we build a more secure world order, where countries - large and small- respect national sovereignty and international law and where dialogue and diplomacy replaces war and the threat of war?

You can read the whole article, here.

Who backed Cameron & why? Will powers collide in Syria?


New interview with me on RT on the UK Parliament voting to bomb Syria
Posted by Neil Clark at 21:35 3 comments: