Why we can't take Egypt's President Morsi at face value


Above you can watch an interview with me on RT on the new Egyptian President and why we can't take him at face value.

Above you can watch an interview with me on RT on the latest situation in Syria.
Posted by Neil Clark at 16:05 8 comments:


There's only one song to listen to at present! Play it as loud as you can and sing it in the street.
(there's not too many lyrics to remember!).

Bravo to Rafael Correa for standing up to the international bully boys and granting Julian Assange political asylum. And shame on the British government for the pathetic stance they have taken on this issue. Mind you, it's exactly what we would have expected from William Hague and his rancid Neo-Con crew.

Also, on the subject of Ecuador, don't miss this great piece by the U.S. writer Glenn Greenwald on how western human rights critics of Ecuador & Russia parade their own hypocrisy. These people pretend to be oh, so concerned with the plight of political dissidents in countries which are independent from The Empire, but when they have a case of a political dissident facing persecution at home, they attack the dissident and side with the authorities.
Posted by Neil Clark at 19:22 22 comments:

RT interview: Rebel atrocities turn Syrians away from the opposition

Above you can watch an interview with me by Karen Tararache on RT on the situation in Syria and why both Hillary Clinton and William Hague have blood on their hands.

Also on Syria, here is a video, a quite horrific one, of what Clinton & Hague's 'freedom fighters' have been up to. (Of course we can't call them 'terrorists' because they're on 'our' side).
Posted by Neil Clark at 21:09 25 comments: 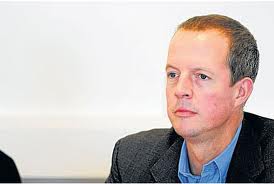 A Tory MP has been learning Hebrew at the taxpayers' expense following his civil partnership to his Israeli partner, it was revealed today.
Nick Boles, who has called for pensioners to be stripped of their winter fuel payments, free prescriptions and bus passes, claims he is 'entitled' to grasp the ancient Jewish language even if he has got hitched to Shay Meshulam.
Instead of putting his hand in his own pocket he put £678.80p on his MP's expenses to cover the cost of his learning.
Mr Boles met Mr Meshulam on a Conservative Friends of Israel trip and they had a civil ceremony in London last March.
Critics said today the decision to take Hebrew lessons is simply to help him 'make conversation around the breakfast table'.
'Language instruction is a service available to Members of Parliament. I took some Hebrew lessons,' he said in a statement to MailOnline.
'It is something I’m entitled to do,' he said, 'I’ve done it and that’s that,' he added to the Mirror.
Mr Boles, who is MP for Grantham and Stamford in the East Midlands, is believed to be in David Cameron's inner circle.

Don't you just love the phrase 'It's something I'm entitled to do'.

Boles attended this year's 'elite' Bilderger conference and is also a signatory to the statement of principles of the neo-con Henry Jackson Society, so don't expect too much criticism, if any, of his actions from liberal interventionist/neo-con media commentators. If he'd been an anti-war MP charging the taxpayer for private language lessons, we'd never have heard the last of it.
Posted by Neil Clark at 16:57 10 comments: 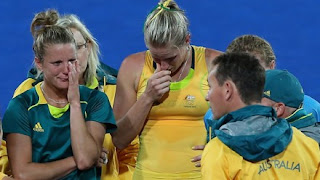 This article of mine appears over at The Week.

LEGACY, legacy, legacy. We are told daily by Coe, Cameron, Boris and countless BBC commentators that Team GB's success in the current Olympics will inspire a new generation to even greater success at future Games.

Well, I'm sorry to a bit of a party-pooper, but we shouldn't be getting too carried away just yet.

The experience of Australia, who hosted the Games just 12 years ago, should act as a reality check.

You can read the whole piece here.
Posted by Neil Clark at 12:04 7 comments:

On Poldark and Privatisation: How George Warleggan struck back

This piece of mine appears in the Morning Star

I was very sad to wake up a couple of Sundays ago and read on Teletext that Angharad Rees, star of the 1970s drama series Poldark, had died aged just 63.

Earlier in the year my wife and I bought a video box set of Poldark at a charity shop.

The series was hugely popular when first broadcast in the 1970s, attracting around 15 million viewers.

Watching it again today, I can understand why. There's gripping storylines, great acting and characterisation. Not only that but it has a profound message too. The anti-greed, pro-worker values which the series promoted reflected the progressive values of Britain's most left-wing decade.

You can read the whole article here.
Posted by Neil Clark at 17:10 12 comments:


Above you can watch an interview with me on RT on Kofi Annan's resignation- and why the western powers and their allies are to blame for the continuing bloodshed in Syria.
Posted by Neil Clark at 08:17 4 comments: