Keeping it Taped: The Golden Age of Video 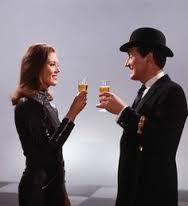 My new piece, on the golden age of video, from the Daily Express.

According to reports, Funai Electric of Japan, thought to be the last company in the world still making video cassette recorders (VCRs), is to cease production.
Does this mark the end of the video age? If so, what a shame that would be. The VCR changed the way we lived our lives and its impact can’t really be understated. Today we take it for granted that we don’t have to be at home to watch our favourite programmes at the time when they’re being broadcast.
We’ve got the likes of BBC iPlayer, ITV Player and catch-up TV and we can probably see the programme on YouTube too at some point – that’s if we haven’t set our sleek and slimline DVD to record it.
So it’s hard for the 21st-century generation, brought up on smartphones and smart TVs, to appreciate how revolutionary VCRs were when they first appeared in Britain in the 1970s...

Following the Chilcot Report, time for a proper reckoning.

My RT.com OpEdge column on Chilcot, and what needs to be done now....

Although Chilcot was not the Establishment cover-up which many feared, it’s also true that it doesn’t tell us much that we didn’t already know.
The long-awaited and much-delayed Chilcot report, provides a damning indictment of the New Labour government of Tony Blair and the lies that were told in the lead-up to the disastrous Iraq war.
The Iraq war was ‘not a last resort’ but in fact a war of choice. 'Peaceful options' were not exhausted.
In 2003, there was "no imminent threat from Saddam Hussein" - contrary to what Blair and the neocons told us. Intelligence had "not established beyond doubt" that Iraq had continued to produce chemical and biological weapons, despite us being told it was a sure thing that Saddam had WMDs.

My latest article for RT.com.

The BBC have made a new film of the classic 1930 children’s novel Swallows and Amazons, and you'll probably not be surprised to know who the new baddies are.
Arthur Ransome’s book, set in England’s beautiful Lake District region, was about the outdoor adventures of two families of children. But the 2016 adaptation has introduced two new characters to the story. And guess what? They’re Russian spies!
What makes the tampering with the original text all the more objectionable is that Arthur Ransome himself was a Russophile, and an admirer of a certain Vladimir Lenin. Swallows and Amazonsand Shady Soviet Spies? Red Arthur, who shared a flat with Radek and who married Trotsky’s secretary, must be turning in his grave....