Some thoughts on the Royal Wedding 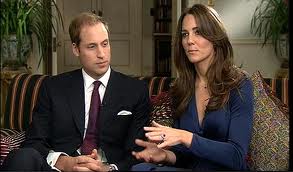 Well, just a few hours to go now. There’ll be some readers who I'm sure will be thinking ‘what a total bore’. Others no doubt will be quite looking forward to it.


As for me- I won’t be going up to London to line the streets, but neither will I be going there to protest.

My view on the monarchy is this: if we were starting entirely from scratch- then we wouldn’t need a monarchy. But we’re not starting from scratch. Abolishing the monarchy would take an awful lot of time and effort- and it’d hardly be a vote winner either. There are simply far more important things for progressives and socialists to concern themselves with, such as countering the power of international capital, defending the NHS, and campaigning for the re-nationalisation of our public transport and the utilities.

And as two human beings about to get married, I wish William Windsor and Kate Middleton all the very best in their future life together.

The book that rewrote the rules of the road

This article of mine appears in the Daily Express.

IT'S the book that has probably saved more lives in Britain than any other.

But it’s also a publication that has sent generations of nervous driving-test hopefuls into a cold sweat. It was exactly 80 years ago in April 1931 that the Ministry of Transport first published its “code of directions for the guidance of road users” – better known as the Highway Code. Since then the Code has sold hundreds of thousands of copies every year, making it one of the best-selling publications of all time.


The preamble of the very first Highway Code – which cost just one old penny – said the book was “intended as a supplementary guide to the proper use of the highway, and as a code of good manners, to be observed by all courteous and considerate persons”. Such guidance was sorely needed in 1931. Back then it was very much a free-for-all on Britain’s roads and casualty rates were staggeringly high. In 1931 there were just over one million cars on the road in Britain yet more than 7,000 people were killed in road accidents.

Sky Sports- a force for good or ill?

You can hear me discussing whether Sky Sports has been a force for good or ill, on Radio 5 Live's Tony Livesey show here. The debate starts at around 24minutes 55 seconds in to the programme.

A very Happy Easter to all readers!
Posted by Neil Clark at 06:25 2 comments: 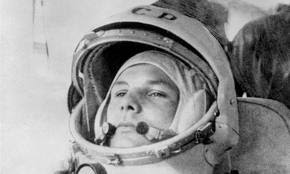 It wasn‘t just a great achievement for the Soviet Union, it was, in the words of the British astronomer Sir Bernard Lovell, ‘one of the greatest achievements in the history of mankind’
Fifty years on from Yuri Gagarin becoming the first man in space, let’s remember not only an amazing scientific achievement, but also a quite special human being.

He was curious and interested in everything," remembers his daughter. "He was part of a generation that had had so few opportunities open to them and then, after the war, they were avid for everything."
You can read the whole of the Guardian’s report of an interview with Gagarin’s daughter Elena here.

You can hear me debating with Perry Groves, the former Arsenal player, on the influence of Big Money on English football, and why the Bundesliga is more exciting than the Premier League, here.

The debate starts at around 1hour 18 minutes 35 seconds into the programme.
Posted by Neil Clark at 11:35 No comments:

11 killed and hundreds are injured in Minsk metro explosion. 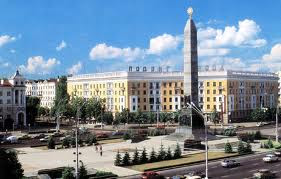 Terrible news from Belarus- 11 people killed- and hundreds injured- in a rush-hour blast on the Minsk underground, close to the main office and residence of President Lukashenko.
More details here and here
If this was terrorism, as seems likely, what a truly evil act.

UPDATE: The death toll of yesterday's horrific attack has now risen to 12.

More news on developments here and here.
FURTHER UPDATE- Wednesday afternoon: The authorities in Belarus say that the Minsk metro bombing case has been 'solved' - and that the perpetrators have been arrested. More details here.
Posted by Neil Clark at 10:40 10 comments:

The Intelligent Punter's Guide to the 2011 Grand National

This piece of mine appears in the First Post.
And they're off! Or at least they will be at 4.15pm tomorrow when the 164th running of the Grand National, the world's most famous steeplechase, takes place at Aintree. Forty horses and jockeys will line up before the starter, all in search of the £521,000 first prize.
Picking a winner to your money is a daunting task, but a few rules can help weed out the realistic contenders from the also-rans.
You can read my horse-by-horse assessment of tomorrow’s 40 runners here.

Good luck with your selections!
Posted by Neil Clark at 15:27 6 comments:

Alex Ferguson and Wayne Rooney: two peas in a pod

Neil Clark: Swearing saga proves again that Rooney is only as aggressive and petulant as his manager.
Just when you thought Wayne Rooney couldn't sink any lower, he goes and does just that. Last summer, after England fans who had paid a fortune for their tickets had booed Rooney and his team-mates after their abysmal 0-0 draw with Algeria in the World Cup, the striker turned aggressively to the television cameras and said: "Nice to see your home fans boo you - that's loyal supporters."
On Saturday, as he celebrated a hat-trick for Manchester United against West Ham, he turned directly to a Sky TV camera and started yelling "fuck" at the nation, thus confirming his status as the most unsavoury character in world football.