Arthur Lowe at 100: The Man who was Captain Mainwaring 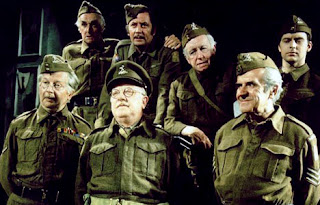 The great comic actor Arthur Lowe, most famous for playing Captain Mainwaring in Dad's Army, was born 100 years ago today, on 22nd September 1915.
Here's my 2012 tribute piece to Lowe from the Daily Express.


Don't tell him Pike! That classic line which comes as part of a hilarious encoun- ter between Captain Main- waring and a captured German U-boat commander in an episode of the ever- green comedy series Dad’s Army is regarded by many as the funniest line in British television history.
The actor who delivered it, Arthur Lowe, made – and continues to make – millions laugh with his wonderful portrayal of the self-important and accident-prone bank manager turned Home Guard captain, helping to turn his character into one of the best-loved comedy creations of all time.

The BBC has announced some ambitious global plans, but is this politicized effort to increase its global influence in countries which aren’t in the NATO/Western ‘camp’ really serving the best interests of its viewers?
Make no mistake; the BBC is facing the biggest challenges in its 93-year history. Its current charter which sets out its public obligations expires at the end of 2016. Its license fee, which has been frozen for the past five years, is under threat, with a committee of MPs suggesting that it be replaced by a household levy.
For supporters of public sector broadcasting in Britain (and I am one of them) these are certainly worrying times. After all, the BBC has made some wonderful programs in its history and continues to make great television - Sunday night’s new television adaptation of the classic J.B. Priestley play An Inspector Calls, being a recent example. 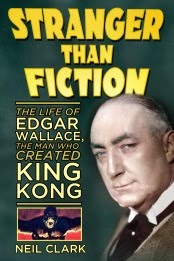 If in the UK, you can listen to an interview with me, talking about my new biography of Edgar Wallace 'Stranger than Fiction', on the John Foster show, on BBC Radio Tees, here. The item starts at 3hrs4mins.

I'm Confused, can anyone help me? Part 5

Hot off the press, the latest piece in my I'm Confused series for RT.com OpeEdge

I’m confused about quite a lot of things going on in the world. The West is supposed to be fighting ISIS, yet seems keener on toppling a government which is fighting ISIS. A refugee crisis caused by Western interventions is being used as a pretext for more Western wars. Elite media commentators keen to stress their humanitarianism, cry ‘something must be done’ about Syria, yet appear not to notice the on-going humanitarian catastrophe in Yemen.
There are violent anti-government protests again in Ukraine, but the reaction from the US is very different to when there were violent anti-government protests in Ukraine eighteen months ago. What on earth is going on? Perhaps you can help me sort out my confusion…

The House of Lords- it's time to abolish 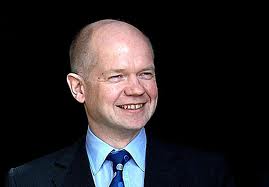 My new piece for Sputnik International on why it's time we abolished the House of Lords:

"The more things a man is ashamed of, the more respectable he is." One is reminded of that wonderful line from George Bernard Shaw’s 'Man and Superman' when one peruses the list of the 45 new peers recently appointed by David Cameron to the House of Lords....