Could this landmark animal rights ruling spell the end of zoos?

My piece from today's Daily Express.

IT'S a landmark judgment that could mark the beginning of the end for the world’s zoos.
It could also potentially lead to thousands of animals held in captivity being released into the wild.
A court in Argentina has ruled that a 29-year-old Sumatran orangutan called Sandra – who has been in captivity in a Buenos Aires zoo for 20 years – is a “nonhuman person” and entitled to more freedom after an animal rights group filed a writ demanding her release.
“This opens the way not only for other great apes but also for other sentient beings which are unfairly and arbitrarily deprived of their liberty in zoos, circuses, water parks and scientific laboratories,” Paul Muompadre, the lawyer for Afada, the organisation that brought the legal action, told reporters.
Subject to any appeal Sandra will be on her way to a nature sanctuary in Brazil.
The repercussions of the case could be enormous as it is likely to encourage other animal rights groups to bring similar actions....

My latest OpEdge piece for RT.com

The tragic Sydney café siege of earlier this week, which resulted in the death of three people, raises quite a few serious questions.
Why on earth was Man Haron Monis, the hostage taker who faced more than 40 sexual assault and indecency charges, and who had been charged with being an accessory to the murder of his ex-wife, still at liberty? Why did the Australian authorities refuse to send Monis back to Iran, his home country, who it has been reported, repeatedly requested his extradition via Interpol to answer charges of fraud? And why wasn‘t a man who had sent hate mail to the grieving families of members of the Australian armed forces who had been killed in action and who had publicly pledged his allegiance to the Islamic State, under any form of monitoring by Australia‘s security services?
These questions are very important and need to be answered pretty quickly, but there‘s something else we ought to be discussing too...

You can read the whole article here.
Posted by Neil Clark at 18:16 No comments: 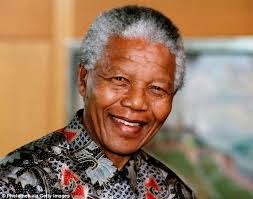 You can read the whole piece here.
Posted by Neil Clark at 12:40 No comments:

My parody piece for Sputnik News...

The usual hysterical 'anti-war' voices are attacking the Global Legacy award given by Save the Children to Tony Blair. We should ignore them. The scandal is not that his great humanitarian work has finally been recognised, but that Mr Blair has not yet been awarded the Nobel Peace Prize.
It’s a baffling omission for no man on this planet — save perhaps George W. Bush or Benjamin Netanyahu — deserves it more...

From Democracy to Autonocracy: How Dr Who's Nightmare Came True in Britain

My new piece for Sputnik News.

In a recent episode of Dr Who Jon Pertwee successfully foils a dastardly plan of the Nestene - a non-physical alien intelligence - to replace leading political and public figures in Britain with plastic replicas.
The Nestene take over a toy factory in Epping, where they manufacture the plastic 'Autons'- who will help them take over the country.
That Dr Who story 'Spearhead from Space' got me thinking. When it was first broadcast in 1970 we could easily have told the difference between our leading politicians and a bunch of automatons. You could agree or disagree with them, but no one could accuse Harold Wilson, Edward Heath, Tony Benn or Enoch Powell of being robotic...