This new piece of mine appears over at OpEdge, on the RT website.

The MP’s vote against military intervention in Syria marked a wonderful day for democracy in Britain, because at long last, the Parliament listened to public opinion and voted accordingly, casting a huge blow to the powerful British neo-con clique.

In the great anti-war film All Quiet on the Western Front there's a wonderful scene when Paul, on leave from the front, returns to his old school where his warmongering teacher and arch-hypocrite Kantorek is still urging his pupils to enlist, despite not volunteering himself. To Kantorek's horror Paul launches an anti-war tirade, and turns on his old teacher. 'He tells you go out and die, but it’s easier to say go out and die than it is to do it and it’s easier to say it than to watch it happen'.

I thought of that powerful scene this morning when I heard the news that the British Parliament had voted against military action against Syria.

The sad decay of NHS dentistry

This new piece of mine appears in The Sunday Express.


IT STARTED with a chicken drumstick. I was chewing away quite happily on a bone dipped in delicious barbecue sauce when, oh dear, my upper right tooth cracked and bits started coming out.
It wasn’t in the best of shape beforehand but it was the bone that delivered the killer blow. A sharp piece of tooth remained, digging into the inside of my cheek. It was all very painful, even after taking paracetamol. So what to do?

The Very Naughty Boys of the British film industry 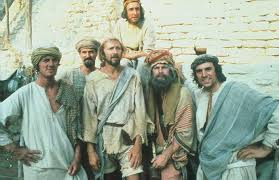 IT WAS the independent British film company with a difference.

A collaboration between a member of the most famous pop group of all time and "six of the finest British comics since the Goons",  HandMade Films came into being in 1978 when Beatle George Harrison decided to finance the work of his heroes Monty Python. Harrison stepped in to rescue the Pythons' controversial film mocking organised religion, Life Of Brian, when EMI backed out.

Robert Sellers's new book Very Naughty Boys, named after the famous lines in Life Of Brian, "He's not the Messiah he's a very naughty boy", tells the amazing true story of George Harrison's film company. HandMade Films made some of the most iconic British movies of the Eighties but what started as a goodhumoured venture ended in tears, recrimination and expensive lawsuits. It is a tale of excess, outrageous behaviour, duplicity and betrayal and the egos and eccentricities of some of the biggest celebrities of the age.

The Intelligent Punter's Guide to the 2013/14 English Premier League

You can read the whole of my Intelligent Punter's Guide to the 2013-14 Premier League, including a discussion of the prospects of all 20 teams, here.
Posted by Neil Clark at 16:03 No comments:

Angry about rail fares? Get on board the renationalisation express

Neil Clark: With yet another fare rise on the way, it's time to get rid of these fat-cat private train operators and go back to public ownership

The 50th anniversary of the Great Train Robbery of August 1963 has been marked with a plethora of articles and the publication of new books. But why all the fuss, because the reality is that we're living through a Great Train Robbery which makes the activities of Ronnie Biggs and Co look insignificant. While Biggs and his gang only got away with £2.6m, the privatised train companies have (perfectly legally it must be said) taken billions from the public purse since 1996 – and have had the chutzpah to also charge us the highest rail fares in Europe.

Above you can watch an extract from a new interview with me on RT questioning why Stephen Fry is focusing on Russia, and not on the many countries which have a far worse record on gay rights.

The Intelligent Punter's Guide to the 2013 USPGA golf championship 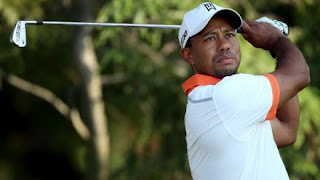 IT'S TIME for the fourth and final golfing Major of the year. This year's USPGA championship is being held for the third time on the East Course at the Oak Hill Country Club, Rochester, New York, where a field of 156 will tee off today.

Finding the winner is a daunting task, but if we keep in mind certain key factors, we can narrow down the field to those worth an each-way bet.

You can read the whole of my IP Guide to the USPGA championship, here. Good luck with your selections!
Posted by Neil Clark at 10:22 No comments:

In memoriam James Beck: the Dad's Army star cut off in his prime 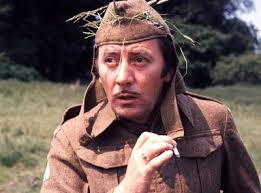 This piece of mine appears in today's Daily Telegraph

On 6 August 1973, James Beck, who played the Cockney spiv Private Walker in Dad’s Army, died at the age of 44. Ironically, he was the first member of the predominantly elderly ensemble to die. A highly accomplished actor, it seemed that he was set for a successful career as a character player. However, an addiction to alcohol cost him his life.

You can read the whole article here.
Posted by Neil Clark at 18:38 No comments: