What the elite are trying to do, it seems to me, is to fashion identikit people, all holding the same ‘acceptable’ opinions on a range of issues, all liking the same movies and the same music, all going to the same coffee shops. In this increasingly standardised world, where ‘bad habits’, ‘bad thoughts’ and ‘bad speech’ are officially proscribed, individuality and eccentricity — the very things which make human beings interesting — are being gradually erased.

Imagine a pipe-smoking lady politician like Millicent Fenwick, ‘the conscience of Congress’ in the US in the 1970s, achieving prominence today. Or a figure like Winston Churchill, hardly ever seen without a cigar, becoming British Prime Minister. Deciding whether or not we smoke and then making up our own mind what we smoke — be it a pipe, cigars, filter cigarettes or roll-ups — is one way we can express our individuality, and one our legislators are taking away from us.

You can read the whole of my Spectator Australia article on how the anti-smoking crusade has gone too far, here.
Posted by Neil Clark at 10:17 2 comments:

Libya: where are the western 'humanitarian interventionists' now?

Massacres in Libya, human rights abuses, a ban on demonstrations, claims that chemical weapons are being used by the government- but silence from the west's 'humanitarian interventionists' - the very people who couldn't stop talking about Libya in Feb/March 2011.

Above you can watch an interview with me on RT on western double standards towards human rights in Libya and what it tells us about 'humanitarian interventionism'.
Posted by Neil Clark at 20:36 5 comments:

Above you can watch an interview with me on RT on Cameron, the EU and austerity.
Posted by Neil Clark at 17:40 2 comments:

For a future that works: support the day of protests

If you're based in the UK do try and support the anti-austerity protests going on in Belfast, Glasgow and London today. The government tells us the cupboard is bare, but of course there's always money for war, as we saw with Libya last year and we can be sure that if the US President got on the phone and said 'come on, we're going to attack Syria/Iran', then the money would miraculously be found.

The state of the public finances is being used as an excuse to destroy the last remains of the post-1945 settlement. Meanwhile, the bankers and financial speculators, the people who caused the crash of 2008, and the people that we, the taxpayers, bailed out, continue to rake in millions.

Details of today's demonstrations can be found here.

While here you can read a piece by Lindsey German of Stop the War, on why Stop the War is taking part in today's demonstrations. 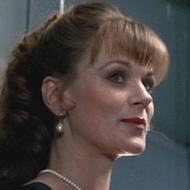 You can read the whole article here.
Posted by Neil Clark at 08:09 5 comments:

How we can get the left back on track 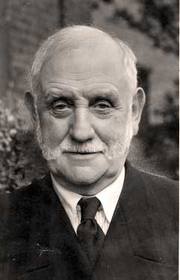 This column of mine appears in the Morning Star.

According to former Communist Party general secretary Harry Pollitt we would have had a revolution a long time ago in Britain if not for horse-racing.

As a racing-loving socialist and someone who has a bet on the gee-gees most days of the week, I'm not sure I'd entirely agree. It could be argued that the block to radical change hasn't been Lester Piggott, Frankie Dettori and Red Rum but the Labour Party.

Labour undoubtedly has some great achievements to its name: the NHS, the creation of the post-war welfare state and the extension of public ownership in the 1940s, '60s and '70s. But it has done some terrible things too - with the illegal war on Iraq right at the top of the list.

As the party's 2012 conference ends, the question is: should we give up on Labour as an organisation which can deliver positive change or persevere with trying to get the party back on a more progressive path? To answer that we need to understand exactly what the Labour Party is.

You can read the whole piece here.
Posted by Neil Clark at 17:56 8 comments:

Why we need to renationalise the railways

You can listen to an interview with me on BBC Radio Five on why renationalisation is the only solution to Britain's railway woes, here.
(Discussion starts at around 54 minutes into the programme).

While here, you can read my piece from the Guardian's Comment is Free website on the renationalisation issue and what it tells us about the state of democracy in Britain today.

UPDATE: You can listen to another BBC radio interview with me on the railways, here. The discussion starts at around 1hr 49mins into the programme.

FURTHER UPDATE: You can listen to a panel discussion on 'Britain's Broken's Rails', featuring Christian Wolmar, John Page of TSSA and myself  on Voice of Russia, here.
Posted by Neil Clark at 09:01 8 comments: