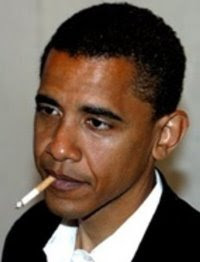 Barack Obama's signature issue in the primaries was his "good judgment" to oppose the Iraq war. He invoked this more than any other qualification in his early battles with Hillary Clinton. She may have experience, he'd charge, but she lacked the wisdom to oppose the war. Indeed, the whole Democratic establishment was somehow corrupt or out of touch for not opposing the war, according to the Obamaphiles. So now Barack Obama is going to appoint Hillary Clinton to be the chief architect of his foreign policy. Moreover, he picked Joe Biden to be his running mate and "partner" in the White House explicitly because of his foreign policy experience and judgment. But wait: Joe Biden, too, supported the war. Meanwhile, at Defense, it looks like he will keep George W. Bush's man, Robert Gates.......surely keeping Bush's SecDef is not exactly what the anti-war Dems had in mind as "change we can believe in." Heck, Joe Lieberman's sitting pretty and he endorsed McCain. It will be interesting to see how long Obama's charisma can paper over reality.

Is Barack Obama in the process of betraying his anti-war supporters?

Today's Sunday Telegraph , in a piece entitled "Obama accused of selling out on Iraq by picking hawks to run his foreign policy team" quotes Chris Bowers of the OpenLeft.com blog who complains:

"That is, over all, a centre-right foreign policy team. I feel incredibly frustrated. Progressives are being entirely left out of Obama's major appointments so far."

Meanwhile, Markos Moulitsas, founder of the anti-war Daily Kos site, warns that Democrats risk sounding "tone deaf" to the views of "the American electorate that voted in overwhelming numbers for change from the discredited Bush policies."

I've put a question mark on the heading of this blog post, because of course we're still to see what Obama's foreign policy will be like in practice.

But as far as his early appointments are concerned, it's hardly a promising start, is it?

(many thanks to Stuart Reid for alerting me to the Goldberg piece).
Posted by Neil Clark at 18:12

I agree completely Neil. I made a similar point recently also highlighting the fact that Obama has largely abandoned the Palestinian cause the closer he has got to power. The fact is, the two major political parties in the USA represent elite power and it doesn't matter if Obama is black, white, red or yellow. The fact that he received significant grassroots support from the beginning counts for little either. No one can reach the White House without significant corporate supports and that is the main problem with American politics. Obama will serve the corporate interests that underlie American democracy like every other American president of the last 50 years and anyone who thinks otherwise has been sucked in by Obama's PR machine and the sycophantic mainstream media.

Just to echo what Nick said. I thought it became apparent early on (not to mention his pro-war voting pattern since the invasion of late). I am not in the least surprised.

One of my greatest worries (and I'm sure I mentioned this to you early on) is the fact that Obama represents globalisation with a human face. While Bush ensured a more tepid relationship with European countries, Obama will increase the leverage US foreign policy will have on Europe.

You are right Neil; I believe the media will refer to American administration from now on, rather than Obama; since no one in his right mind would believe he is the one in charge.

One more thought, a disaster is taking place in Gaza, I hope you will find time to write about it.

It may not have been true, but Barack Obama persuaded the American people that John McCain was running for George Bush's third term.

We may never find out if it was actually true, but many people believed Hillary Clinton was running for Bill Clinton's third term.

But no one in my world considered the possibility that Barack Obama was running for Bill Clinton's third term.

I know you find the current turn of events to be completely appalling. There are quite a few people on the left hand side of the aisle here in America who are equally appalled. This article in the New York Daily News seems to capture their dismay.

We got the first black president, and that's all we're going to get.

Realistically, there is no betrayal because Obama was never really anti-war, not in any committed sense. If he were, he would not have been elected. Peace activists simply do not get nominated. Just as many innocents (hundreds of thousands, at least) will die under his watch as did under Clinton's. Unless perhaps, we maintain the pressure. Like you're doing here. Good post.