It's time to scrap the January transfer window 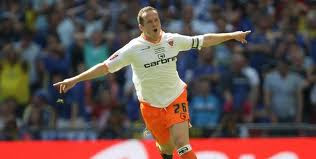 This piece of mine appears in The First Post

Neil Clark: That’s just the first measure needed to make the Premier League permanently exciting.
Most pundits, as well as English football's longest-serving senior manager, are in agreement: this is the most exciting football season since the Premier League started. Instead of the usual dominance of the same two or three clubs, top-flight football has at times been gloriously unpredictable and fiercely competitive this year.
Reigning champions Chelsea have recorded only one win in their last seven matches. Arsenal have already lost at home three times. Manchester United have drawn almost half their games. "The general public like what they're seeing now, ourselves dropping points, Chelsea dropping points, Arsenal dropping points," says Sir Alex Ferguson. And he's right.

Unable to access the complete article in First Post (because it turns itself off) but this strikes me as a bad idea.In a way it is reminiscent of the old argument about substitutes: some people used to think not replacing injured players intoduced an element of chance into too predicatable proceedings.The more reasonable people who prevailed said they wanted to see 22 fit players on the pitch at all times.The same goes for the January window : it stops clubs being arbitarily deprived through injury of key players (0r not so arbitarily since Arsenal's recent seasons are much disrupted through suspiciously frequent injuries.) Also there is a already too much evidence of players playing through bad injuries with really deleterious long-term consequences( Something like this has certainly slowed down Torres who seems clinically depressed on top of everything else.)