How English cricket came back 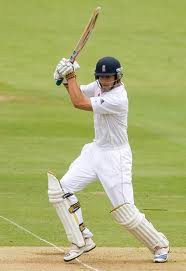 This piece of mine, on the remarkable comeback of English cricket, appears in the Spectator (Australia).
I'd like to dedicate it to a dear, much-loved, cricket-loving friend of mine who died last week.

Eight years ago, in an article for the Australian, I attempted to account for what I and many others saw as the irreversible decline of English cricket. It was certainly a deeply depressing time to be an England cricket fan. At the time of the Fourth Test in Melbourne, England were 3-0 down in the Ashes series, and looked on course to become the first England team to lose a series 5-0 in Australia for 80 years (we ended up losing 4-1).

Since 2003, however something quite remarkable has happened. England have regained the Ashes twice (in 2005 and 2009), thrashed the Windies 3-0 in the Caribbean and beaten the same opponents twice in a home series without losing a test. Then, this year, there was England’s first-ever victory in an ICC limited overs competition, as they crushed Australia by seven wickets in the World Twenty20 final in Barbados.


Of course, there have been setbacks over the past decade — the 2007 World Cup and the 2006/7 5-0 Ashes whitewash — but the fact remains that English cricket, as we saw from the stunning comeback at the Gabba, is in the rudest health it’s been in for years.


So what on earth’s gone right?
For a start, there has been the inspired choice of captains. The man who led England’s revival was Michael Vaughan, who captained England in 51 Tests between 2003 and 2008, winning 26 of them (a national record). Vaughan was England’s most intelligent captain since Mike Brearley, and in the same way that Brearley, a master of man management, was able to harness the raw talent and aggression of Ian Botham in the 1981 Ashes series, so Vaughan was able to get the best out of Andrew ‘Freddie’ Flintoff, England’s bowling star in 2005. Vaughan’s successor as captain, Andrew Strauss, has proved equally as good a leader.

Well-captained teams have a greater chance of winning matches, and winning matches turn ordinary players into above-ordinary ones. Graeme Swann — described by Shane Warne as ‘the most improved cricketer in the world’ — is a case in point.

While the England team has improved in every department, it has been the quality of our bowling which has seen the biggest change. It’s a cliché, but bowlers really do win matches, and from the mid-Eighties until the early Noughties, England’s bowlers simply didn’t cut the mustard. Having a high-class attack means that England’s batsmen can go to the crease secure in the knowledge that even if they do under-perform, the team will still have a chance. That doesn’t make them more likely to flop, but less likely, as they go out without fear and play their natural game.


While hardcore, Cross of St George shirt-wearing members of the Barmy Army will claim the revival is ‘home-bred’, we should not forget the considerable help that the England cause has had from Southern Africa.


The team renaissance began under a tough-minded Zimbabwean coach, Duncan Fletcher, a man praised for his ‘obsessive attention to fitness and fielding and his insistence on putting the team ahead of the individual’ and has continued under similarly gifted Zimbabwean team director Andy Flower. In the playing department, England have been greatly boosted by the performances of the South African Kevin Pietersen, who scored more runs in his first 25 tests than any other batsman in history except Don Bradman, and who played such a key role in England’s Ashes victory in 2005. Other key players with strong South African connections are captain Andrew Strauss and wicket-keeper Matt Prior, both born in Johannesburg, and Jonathan Trott, who only came to England to play in 2002.

England’s rise in fortunes over the past decade has also been helped by other cricketing nations’ relative decline. The West Indies, the team who dominated world cricket in the Seventies and Eighties, are a shadow of their former selves. Australia, though still a force to be reckoned with, have lost the air of invincibility they had in the Nineties. And Pakistan have spent the past few years lurching from crisis to crisis.


The final element — what all winning teams need — is a good dose of luck. Think back to that pivotal Ashes series of 2005. Would England have prevailed had Glenn McGrath not stepped on a ball in the nets before the second test at Edgbaston? Or if Kevin Pietersen had not been dropped three times in his series-clinching innings of 158 at the Oval?


But as well as England are playing today, here’s the good news for Australian readers: the long-term prospects for English cricket are far from rosy. County cricket, described in 2008 by Frank Keating in the Guardian as ‘unwatched, unwanted… and played by mostly unknown foreign and second-rate mercenaries’, is dying. So too is school cricket. In my 2002 piece I highlighted the sell-off of thousands of school playing fields, which had begun 20 years earlier. Despite their promises to stop it, this continued under Labour, who had approved the sale of a further 200 playing fields by the time they left office. Meanwhile, the new coalition government showed its commitment to school sports by axing Labour’s School Sports Partnership scheme, under which the number of children involved in inter-school competition increased by 1.63 million.


Not only do English children have fewer and fewer places where they can play cricket, they also find it more difficult to watch it. Ironically, that glorious summer of 2005, when England finally regained the Ashes, could prove to be the summer when English cricket’s demise became guaranteed. For it was then that the England and Wales Cricket Board agreed a deal with Sky, taking live test matches off terrestrial television for the very first time. The current generation of English cricketers will, like me, have had their appetite for the game whetted by coming home from school and seeing their favourite players in action. But with cricket consigned to pay channels, a whole generation of English children are going to miss out.


England fans should therefore enjoy the present good times as much as they can because, thanks to the short-sightedness of our cricketing authorities, they may never come round again.

Just a quick message to say hello, thanks for my dad's tribute and congratulations on a superb and insightful article; I'm really keen to read more of your sports pieces.

It was nice to meet you the other week.