Srebrenica's legacy should be one of peace, not war 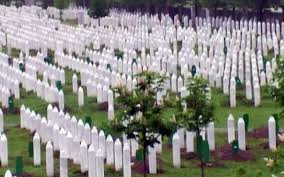 This weekend marks the 20th anniversary of the Srebrenica massacre. Around 8,000 men and boys were killed by Bosnian Serb forces in the worst single massacre in the wars in the Balkans in the 1990s.
The International Criminal Tribunal for the former Yugoslavia deemed the massacre genocide, a finding upheld by the International Court of Justice. But have the right lessons been learnt from this appalling tragedy?

Things are not always as they might appear. Serbia had to be demonised in order to destroy it. Oh, and to steal the Trepca mines of Kosovo and to further the Greater Albania project.

Srebrenica was an Inside Job