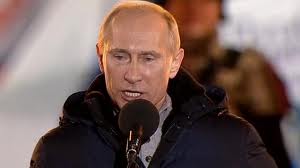 You can read the whole piece here:
Posted by Neil Clark at 16:16

David Davies "rages" for financial penalties to be put in place??? Are we not going to pay for the gas bill?? Nothing worse than counting your money in the cold..only he won't be affected but I digress!! Yes I seen this announcement on the news and it's with utter disbelief we as a whole accepted this chain of events whilst forgetting basic English!! once again you are the only one pointing this out! However which overall is the most lazy? Our grammar or our journalism?? Also I see we were treat to the televisual delights of war room re- enactment on what we'd do if Russia invades Europe... One can only conclude we learn the language better than we seem to of mastered our own!! And whilst this is going on the regurgitated events of 9/11 and Gaddafi's supposed demise have resurfaced as a timely reminder in case memory falters as easily as our faltering grammar! Once again a great piece Neil Clark but I can't help but share your bewilderment at probably meaning "definitely"

Many thanks Del, appreciated. Sad how neocons are even trying to change our language now. We can't allow it to happen.