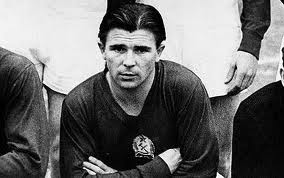 There’s good sports-writers, very good sports-writers, and then there’s James Lawton.
Lawton wrote a great piece in Friday’s Independent taking issue with Arsene Wenger’s claim that the current Barcelona team are the greatest football team of all time.
According to the Elo all-time football ranking system – a hoarder of data that also analyses the achievements of chess masters – the greatest piece of sustained football brilliance was by the players of Hungary, who won the Olympic title in 1952 and were denied the 1954 World Cup by a West German team they had not merely beaten but eviscerated in a group game – and one which is also now widely believed to have been fuelled by illegal substances when they created one of the greatest shocks in the history of the game.
Hungary, of course, also beat England 6-3 in the mythic Match of the Century... on a damp afternoon at Wembley in 1953. They belittled English claims of a fluke when they repeated the punishment in the Nepstadion in Budapest the following year, this time by 7-1.
The point about Hungary, though, was not just the brilliant flow of their game but also the fact that they had changed it in quite fundamental ways of movement and thinking.
Lawton is brilliant too with his comparison of the wonderful Brazil team of 1970-which scored 19 goals on their route to World Cup glory, with the Spanish team of 2010 who scored only 8.

What’s your greatest national team of all time? The Magical Magyars? The brilliant Brazilians of 1970? Or what about the ‘Total football’ Dutch side of the mid 1970s?
And what about the greatest club side you’ve seen? Don Revie’s Leeds United? The AC Milan team of the late 80s? Bob Paisley's Liverpool? The Man United team of 1999? Or perhaps the Real Madrid side of the 1950s?

Lawton confirmed the following day that Wenger actually meant the greatest team he had actually competed against. The current Barca side probably shade it over the Man U side of 1999, so I think Wenger's claim, in its proper context, is perfectly valid.