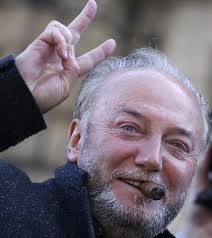 Just hours before the poll open in the UK General Election. My new piece for Sputnik News:

Voters in 650 constituencies across the UK will go to the polls in Thursday's General election which is likely to be a very close contest.
Unfortunately, it's not true to say that 'every vote counts equally' because under Britain's first-past-the-post electoral system, some votes matter much more than others.
Many constituencies are 'safe' seats — ie its easy to predict which party will win them. We all know for instance, that Labour will hold onto Liverpool Walton and that the Conservatives will retain Henley. The election won't be decided by these results, but what happens in the so-called 'marginals'. It's voters in these constituencies who will effectively decide the result of the election. What are the seats we should be paying particular attention to as the results start to come in on election night?
Here are ten of the most important election battlegrounds — not simply the ten most marginal seats — but seats where the results will have a particularly big impact and where the parties are going all out to win.

You can read the whole piece here.
Posted by Neil Clark at 19:38