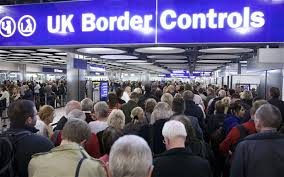 My new column for RT.com OpEdge.

What’s going on – why has EU immigration become such a big issue? To answer the question, we need to look back at the political and economic changes that have occurred over the past 30 years.

You can read the whole piece here.
Posted by Neil Clark at 12:54

Egypt: A People’s Revolution, Not a Crisis or Coup (Nawal El Saadawi)
http://www.juancole.com/2013/07/peoples-revolution-saadawi.html
Every revolution in history has had its counter-revolution. Most recently, internal and external forces allied, as they did in Egypt, to abort the January 2011 revolution.
But the Muslim Brotherhood failed to abort this latest revolution on June 30, 2013, and they will continue to fail because those who have rebelled against them have learned the lessons of the past. Their consciousness has deepened with organization and unity.
Thirty-four million youth, men, and women went out into the streets and squares. They were determined to topple the religious government, under the control of the Muslim Brotherhood, as well as stand up to all who supported the Brotherhood them at home and abroad .
They wanted to expel all who would use religion for economic and political gain and to oust Morsi. The will of the people was and is more powerful than the military, the police, and any religious or economic weapons. Here is the lesson of human history: There is no principle higher than truth and sincerity in the quest for freedom, justice and dignity.
During its rule, the Muslim Brotherhood tried to divide the people into believers and heretics, but it failed. There were many believers (in Islam) in the anti-Morsi crowds. The power of the millions was like the sea that protects itself with its own strength, and its tremendous waves swept away the jinn and the ghosts.
Muslim Brotherhood militias killed young men and women, but the multitudes in the streets, in the neighborhoods and in the countryside kept growing. They were not afraid of the bullets, they did not retreat one step, but kept advancing until they toppled the regime.
The revolutionaries turned to the national army and the army responded. The police, also, served the people and not the regime.
The age of jinn, spirits and nonsense has ended. The light of knowledge, truth, love and creativity are increasing day by day.
And yet, there are imperialists and Americans who claim that this was not a revolution that demands a new legitimate regime, but merely a crisis, or a coup against democracy.
On July 5, I watched a group of American men on CNN threatening to cut off aid to the revolutionary Egyptian people. And I laughed out loud. I hope that they cut off this aid! Since the time of Anwar Sadat in the 1970s, this aid has destroyed our political and economic life. This aid helps the U.S. more than anyone else. This aid goes directly into the pockets of the ruling class and corrupts it. This aid has strengthened American-Israeli colonial rule in our lands. All that the Egyptian people have gained from this aid is more poverty and humiliation.
Democracy is about more than elections. Legitimacy means more than the ballot box, it means the power of the people.
We Egyptians need a new constitution that will realize the principles of the revolution: equality for all without distinction of sex, religion or class. This we must do first, not just rush to presidential and parliamentary elections. We should not put the cart before the horse. We must not repeat mistakes.
We need a communal, revolutionary leadership and not a single leader.
This is a historical revolution and not a coup d’etat or protest movement or outraged uprising. It is a revolution that will continue until all of its goals are realized.
—
Nawal El Saadawi is an internationally renowned Egyptian writer who’s writing has influenced five generations of women and men in Egypt and other Arab countries, and paved the way for dissidence, rebellion and revolution. For more than four decades she has suffered under Egyptian political and religious authorities, which has led to imprisonment, exile, death threats and court trials.

'I don't know if this is Real or Propaganda but things are getting worrisome again in Syria. Russian diplomats are whispering about a planned invasion by the US-France. This is the second article I've read in the last week about Russian sources saying a war may still be on the cards.

Another article which I can't find, mentioned that the US military rejected the first attack on Syria because they were afraid of Assad using his chemical stockpiles. Now that the US is pushing for the Chemical Weapons to be out of Syria by end of March, Russian figures suspect that a new war option will be on the table.

The above link mentions US-France are planning a joint attack on Syria. That matches up with Hollande's trip to Washington two days ago and all the rosy talk of a "new relationship" between US and France.'

Great article. Unfortunately, many people on the Left fail to recognize the problems related to immigration when it is induced by capitalist dynamics. Most left-wingers just assume that you are a racist, which is unfair. Also, as you discuss, the immigration problem is just as much a problem of economic conditions in the non-host countries as it is for the host nations.

you far left anti american, anti western stupid commie sap of the russian propoganda machine neil clark,your just a marxist commie son of a bitch that knows nothing about ukraine and its people,off to north korea for you to suck up to your fascist nazi freinds who are commiting a holocaust against the north korean people.

someone give stewart his rattle