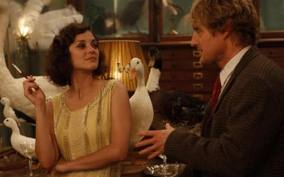 Here's Part Two of my essay on the Politics of Nostalgia, from the anti-war and anti-neocon magazine The American Conservative. You can read Part One here.

Look at the statistics which measure the mental health of society and you get the picture. In the U.S., a report from the Centers for Disease Control and Prevention has revealed that the use of antidepressant drugs has rocketed by nearly 400 per cent since 1988. In Britain, according to National Health Service figures, prescriptions for antidepressants rose by 43 per cent in the period 2006-2010 to nearly 23 million a year. In the US more than one in four teenagers and young adults have owned up to being binge drinkers- overall 15 percent of Americans binge drink. In the UK meanwhile, health experts say that one in four Britons drinks excessively- with alcohol-related deaths more than doubling in the past decade. The crisis is affecting children too: a recent UNICEF report found that British and American children are the unhappiest in the economically developed nations.

All around us there are the increasingly common displays of aggression in public places. “There is an element of devil-may-care to the way we treat each other“, writes Hugh Muir in The Guardian. “ You see it on the streets, in supermarkets, on public transport, hear it on the talk shows, read it on the internet threads. Go on to YouTube: three instances now of apparently ratty women berating fellow passengers on the public transport network.”


It certainly seems that the more we‘ve advanced technologically, the more we’ve regressed as societies.


Unease about the modern, globalised world is growing- and I don’t think we’re guilty of what Paul, the unbearingly pompous, pseudo-intellectual pedant in Midnight in Paris, sneeringly calls "golden age thinking."


As this dissatisfaction grows, so what I call the Politics of Nostalgia is becoming stronger and stronger. The divide today is not so much between left and right, but between those who want us carrying on hurtling forward down the road marked ‘modernization’ and those who believe that the clock needs turning back, not further forward.


In one corner we have Tony Blair, David Cameron, Nick Clegg, Barack Obama,
George Soros, Richard Branson, and most of the western world’s political and financial elite. In the other we have Ron Paul and Ralph Nader, Dennis Kucinich and Patrick Buchanan, Pete Seeger and Burt Bacharach, and- I‘d wager, a sizable chunk of the world’s population.


“When I was a young boy/Twelve Years old/Growing up in New York City/I could
ride the subway by myself/And never, ever be afraid/Where did it go?
And tell me what happened to that world I knew/Is it really gone?/ How did
we wind up in this place instead?” asked Bacharach in his 2005 composition
Where did it go?


Where did it go? How on earth did we wind up in this place? The right and the left offer different explanations. The former tend to blame family breakdown, the growth of secularism, and diminishing respect for authority. The latter hold the shift to a more heartless form of capitalism in the late 1970s/early 1980s to be responsible.


But the encouraging thing now is that the more thoughtful commentators- and some politicians too- are seeing that far from being contradictory, the positions of the nostalgic left and the nostalgic right are both correct.

Economic liberalism begets social liberalism and vice versa. And if you want a "me first" society where greed, selfishness and cruelty come to the fore, where people regard each other not as potential friends but as threats, and where rates of alcohol and drug abuse and depression shoot up, all you have to do is overdose on economic and social liberalism.


On the British right, the ‘Red Tory’ academic Philip Blond has challenged the Conservative Party’s commitment to neo-liberalism and advocated a return to more traditional conservatism, one in which the interests of communities come before corporate profits. “A vision of the good life cannot come from liberal principles. Unlimited liberalism produces atomised relativism and state absolutism”, Blond argues.

Sadly, the Conservative party, dominated by uber-modernisers and still in thrall to ‘market forces’ hasn’t followed Blond’s recommendations since its return to power in 2010. Instead, the nostalgist's best hopes could lie with Labour. And what a turnaround that would be.

PART THREE, IN WHICH I DISCUSS THE 'BLUE LABOUR' MOVEMENT, TO FOLLOW....
Posted by Neil Clark at 16:27

Neil, this is a very good piece and you're absolutely right. It chimes with my experience. The cultural passage from ethical universalism to relativism is the great crime, and liberalism is the culprit. Liberalism has arranged it so that there is no firm platform from which anyone can criticise anyone else's behaviour or ethics. If you criticise bankers, you get the liberal-right on your back, and street thugs the liberal-left. We are doing what Jacques Lacan warned us never to do - we gave up on our desire for a better world.

Hi Brian,
great to hear from you, thanks for link.

questionnaire: many thanks.
I totally agree with what you say about liberalism. It has been incredibly destructive.

Great piece. Life just seems less lively today. It is hard for me to explain, but from stories I have gathered from my grandparents and other people from the World War II generation, it seems as if life had more of a “spark” in the ‘40s-‘70s compared to today.

I also believe that togetherness made the rough patches in life easier to handle for past generations. Atomization and extreme individualism have almost certainly increased unhappiness and depression. Loneliness is a major problem under modern neoliberal capitalism.

Many thanks. That's a great point you make about the 'spark' in the pre neoliberal era. As you say, people had more leisure time, more time for each other and more of a social life. That's why they were happier. Capital though wasn't too happy as it didn't think it was making enough profit, so the economy had to be 'restructured' to favour the few and not the many. Did you read the Chris Dillow post I linked to last week on the economic 'crisis' of the 1970s in Britain? It wasn't a 'crisis' for ordinary people, who saw their living standards - and their leisure time rise- but only for capital.

Yes, that Dillow piece was very good. I think his point about the decline of collective politics is very true.

Yes, there certainly seems room for some kind of post-liberal politics, drawing on traditional left and right positions. Whether it will ever be able through the stranglehold that liberal consensus holds over public life is a different matter altogether.