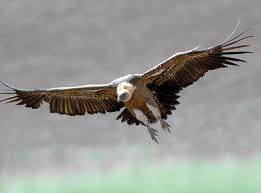 Dimitris Christoulas, who shot himself dead near the Greek parliament yesterday, is not the only one.

Christoulas killed himself the day after another European pensioner threw herself from the balcony of her third-floor apartment in the Sicilian town of Gela. The 78-year-old Italian woman was protesting at her monthly pension being cut from €800 to €600.

Her son, Bruno Marsana, is reported by the Telegraph to have said: "The government is making us all poorer, apart from the wealthy, who they don't touch, in contrast with us workers and small businessmen who are struggling with heavy debts.

And as ordinary Europeans feel the pain of the Politics of Austerity, what do those inside the Westminster bubble- including those who want us to believe they are on the 'left'- do? Spend their time attacking a man who rejects the economic model which is causing so much human misery.
Posted by Neil Clark at 12:17

Austerity means sacrificing the common people on the altar of Mammon.

Hi John,
Absolutely. And the elite have spent the past week attacking a man who opposes an economic system which puts profits before people.

Since I lost my job 2 years ago i have felt like ending things many times.

I expect a few things to happen to Greece.

1) It's national debt will increase.

2) State owned companies and resources will be privatised at well below there value.

3) A new oligarchy will emerge and corruption and organised crime will have a greater presence in Greece.

How did Argentina get out of their financial crisis?