Western military intervention to blame for Libya chaos and lawlessness 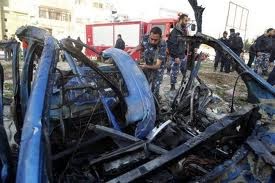 Latest interview with me on RT.

An increase in crime in Libya, a destroyed economy, and the lack of political control over different tribes makes Libya worse off than 2 years ago, as October marks the death of Colonel Gaddafi, journalist Neil Clark has told RT.
Libyan Prime Minister Ali Zeidan spent several hours in captivity on Thursday after a 'former rebel' militia kidnapped him from a Tripoli hotel in retaliation for his apparent cooperation with a US anti-terror raid.

The event, Clark argues, highlights the complete chaos that exits in Libya since the 2011 Western intervention.