Is the U.S. the greatest nation on earth? 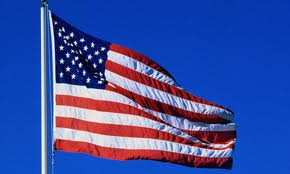 You can hear me in a radio debate on this topic on BBC Radio 5 Live here.

The discussion starts at around 13 minutes into the programme.
Posted by Neil Clark at 14:52

according to spiro agnew:
The United States, for all its faults, is still the greatest nation in the country.

whos to doubt it!

I'm having issues with hearing the broadcast, but I'll gladly put in my oar on this one. I don't know whether you mean the US government, or the combination of government and citizenry. I'll start with the government. Even then, it depends on what you mean by "great." If by "great" you mean "effective at securing the rights of its citizens," then I consider the Constitution and Bill of Rights to be a great success.

I consider America's willingness to say the Constitution means things it plainly doesn't mean to be one of its great failings. America has basically rejected the Constitutional idea of the federal government being limited to strictly enumerated powers, and used the "promote the General Welfare" clause in the Preamble to justify unlimited expansion of the federal government.

For self-government to succeed requires a certain amount of moral capital. Does America still have it? I don't know.

I also made a small effort and wrote and article on the topic of Chilean 9/11, but the westen media influence doesnt promote the issue. You can publish this as well on the blog:

what the US has done:

revealing comments by americans:
'“Never let a serious crisis go to waste. What I mean by that is it’s a good opportunity to do things you thought you could not do.” Rahm Emanuel
“If we don’t shell out billions in tax payer money to build a new privatized healthcare system in Libya since Chris Stevens helped destroy the world class single-payer one they had, the terrorists win!” paraphrase Dr. Thomas Burke, Chief of the Division of Global Health and Human Rights in the Department of Emergency Medicine at Massachusetts General Hospital (MGH)'
http://willyloman.wordpress.com/2012/09/21/fixing-the-innocence-psyop-part-2-privatizing-libyas-healthcare-system/

destroy Libya using US taxmoney, then use taxmoney to build a privatised health system so someone can become filthy rich...thats the american way, aided by useful jihadi patsies